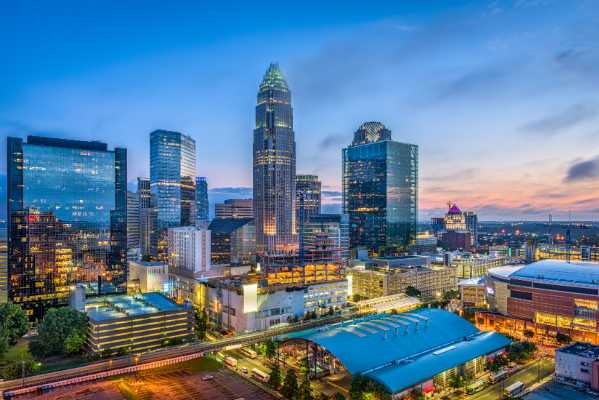 A new Metro Monitor 2020 report released by The Brookings Institution reveals the United States has achieved a record-long economic expansion over the past decade. The report is an annual analysis that tracks various communities’ economic growth, prosperity and inclusiveness. The data was collected over two time periods: 2008-2018, the decade following the 2007 global financial crisis and 2017-2018, the latest year of data available across all indicators.

With an expanded set of metro areas, the 2020 report categorized metro areas into three classes based on size. With size becoming an important element in determining economic growth, The Bookings Institution decided this approach promoted a more relevant benchmark among other metropolitan areas. 53 metro areas total fall into their “very large metro area” which includes populations over 1 million.  The Charlotte-Concord-Gastonia Metropolitan Statistical Area falls into this category with a population of almost 2.6 million.

The Metro Monitor report ranked Charlotte at 28 out of the 53 very large metro areas for racial inclusion in the 2008-2018 time period with a 31 ranking for the 2017-2018 year. The very large metro areas’ success did not extend to this category but the midsize areas such as our neighbors in the Hickory-Lenoir-Morganton metro made better  progress in reducing the economic gaps. The racial inclusion category relates to comparisons between white citizens and people of color. There were poor rankings across the board in this category which included poverty rate gap (36), median earnings (31), and the employment rate gap (32).

The Overall Inclusion category however paints a different picture with a ranking of 24 out of 53 for the 2017-2018 time period, a big jump from 43 for the decade proceeding. Helping that increase was a strong change in the employment rate (+1.7%), earning Charlotte a number 6 ranking.

While the covid-19 virus pandemic may be prompting fears of a worldwide economic downturn, the past decade has shown that the nation’s GDP has grown in every quarter since the middle of 2009 and the labor market has added jobs in every month since September 2010. All things to consider in the coming weeks of uncertainty.

The full Metro Monitor 2020 report from the Brookings Institute can be found here.

And you can explore their interactive map data for the Charlotte area as well as other U.S. cities here.