Steele Creek’s Berewick is a rapidly growing community that offers something for everyone in the way of housing and amenities.

The sprawling master-planned community inhabits what was formerly a quiet area of Charlotte, where the city expanded into nature near the shores of Lake Wylie. Pappas Brothers, the company that developed Berewick, has been working on and expanding the property since 1999.

Residents also have access to nearby Ayrsley Town Center and Rivergate, which also offer great restaurants, shops and entertainment. With I-77 and I-85 accessible from 485, all of Charlotte’s major shopping and attractions are only minutes away! 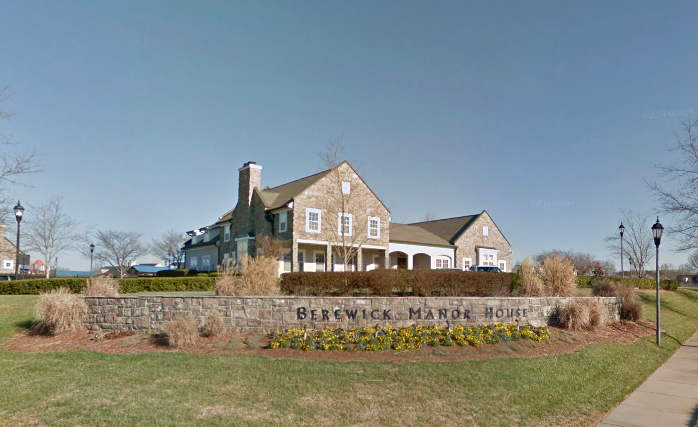 Residents in Berewick have access to a full list of amenities including a pool, children’s splash pool, fitness facility, and the community’s 5,200 square-foot- Manor House that offers a catering kitchen and space for gathering. The community’s activities director keeps an active community calendar for residents, including seasonal events annually.

There is more than 300 acres of green space and numerous walking trails throughout the community. Access to a Lake Wylie public boat ramp is also only 10 minutes away for a day of fun and fishing on the lake. Nearby Berewick Regional Park also offers athletic fields, green space, walking trails and a playground.

Children living in Berewick attend Berewick Elementary Schools, Kennedy Middle Schools and Olympic Community of Schools. In addition, the Charlotte area offers a host of options for private education at all ages.

Most of the homes are two stories with brick or stone veneer and vinyl siding. Homes range in size from low 2,000s in square feet to more than 4,000 square feet in size.