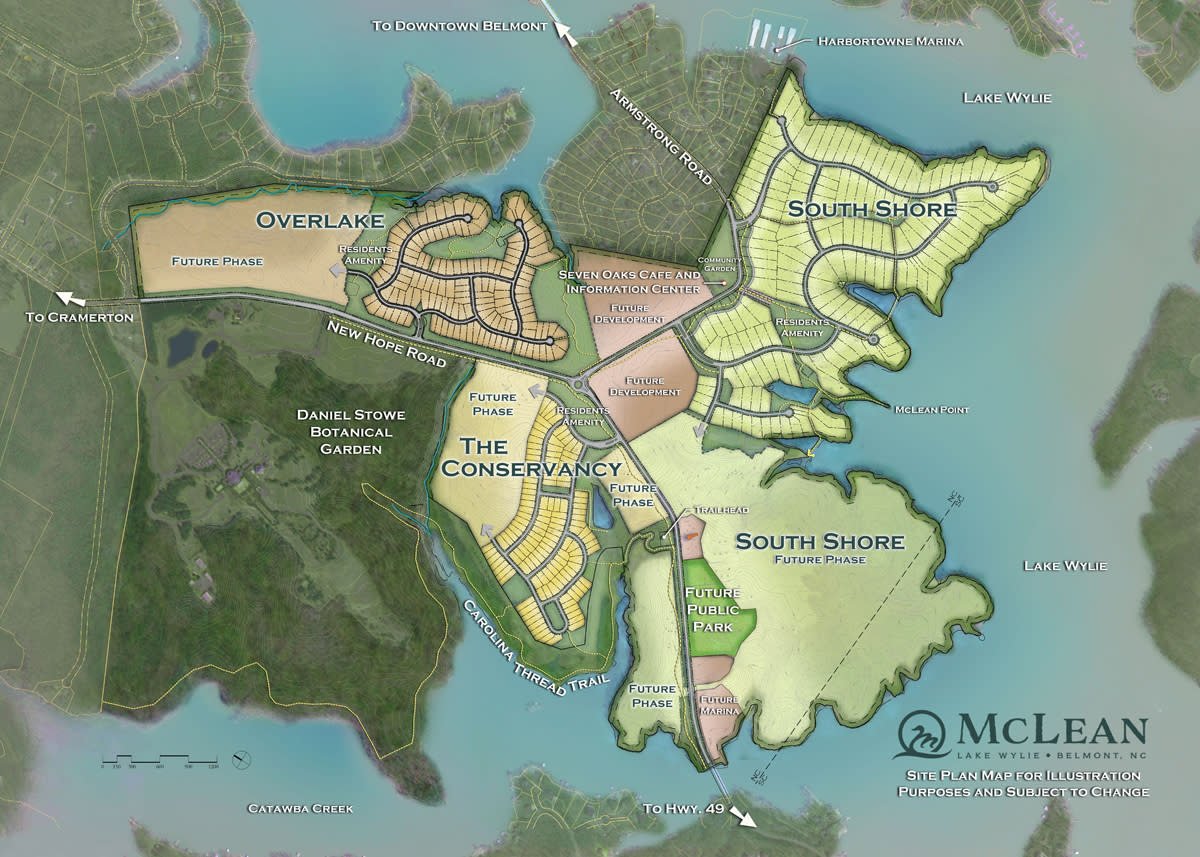 Lake Wylie’s luxury McLean community has had a full-service marina and waterfront restaurant in the plans since the development’s conception and those plans are closer to becoming a reality.

The nearly complete Seven Oaks Marina, which broke ground in April, will offer 300 dry slips and 40 wet slips; launching ramps; boat storage and a restaurant. Expected to be completed in 2020, the marina is located at Seven Oaks Bridge on NC Highway 279. McLean also plans to provide neighborhood boat storage and parking near the marina for residents without direct water access.

Existing Harbortowne Marina is adjacent to the McLean neighborhood of South Shore and has boat slips and storage.

McLean is developed on the former Daniel Stowe homestead and occupies 5 miles of Lake Wylie shoreline and has 10 miles of new walking trails that connect to three miles of pre-existing trails.

The neighborhoods from which to choose are South Shore, The Conservancy and Overlake. South Shore was the first community to begin construction and has homes ranging from the $400s to more than $1 million. It is the neighborhood for custom homes on estate-sized lots that are waterfront, wooded or overlooking one of three ponds. The neighborhood also has its own pool and clubhouse.

The Conservancy has low-maintenance cottage homes built by M/I Home and Essex Homes that started in the $240,000 range. In addition to its pool and clubhouse, The Conservancy has a fitness center, bocce courts, an event lawn, fishing pond and dog park.

Overlake offers traditional style single-family homes and has a pool, pavilion, play park and various green spaces. There are plans for mountain bike trails. Overlake is directly across the stree from Daniel Stowe Botanical Garden.

Construction on the 800-home McLean property began in 2015 with an estimated full build out/completion date by 2025. The project developers purchased the land for McLean in 2013 for just less than $9 million.