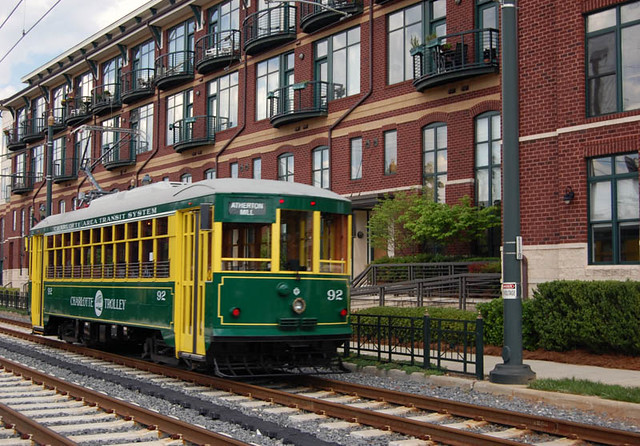 If you’re in the market for a home in the heart of one of the Queen City’s happening spots, South End is the place for you. Known as one of Charlotte’s hippest communities, South End is a unique blend of history and trends within a quickly growing, vibrant city.

South End is in close proximity to Uptown with easy access to I-77, I-85, and the airport. Home to the Charlotte Trolley and the site of several of the LYNX light rail stops, South End makes it convenient for residents to get around the city and the reason why more than 870 businesses call the South End home.

Transformed in the 1990’s from run-down warehouses built in the late 1800’s, South End now beams new single-family homes, condos, apartments, and an endless selection of creative and trendy restaurants and local businesses all within walking distance. South End features more than 300 retail stores and restaurants, ranging from small to corporate.

Of those trendy spots, be sure to check out some of the local breweries including Sycamore Brewing, Wooden Robot Brewery, The Unknown Brewing Co., Lenny Boy Brewing Co., and Triple C Brewing Co., all within a short distance from another.

The resident age group for the South End varies, with the majority of residents in the 20-34 range (40%), followed by 35-5 (25%). More than half of residents surveyed resided in the neighborhood for less than 2 years with 79% of residents being renters according to a survey completed by the South End in September 2017.

Housing units and population have grown significantly over the past decade, climbing from just over 10,000 in 2009 doubling to more than 20,000 in 2019. Some of the top reasons residents moved to the South End include easy access to shopping, restaurants, and bars, a safe environment, unique local businesses, proximity to Uptown Charlotte, and amenities and quality of apartments.

According to the area’s 2018 snapshot, Charlotte’s City Center had 21% lower office rents than peer city CBDs, 8% lower overall cost of business, and 26% lower apartment rents. The City Center is also the fifth-busiest CBD in the country for office construction, tailing New York, Chicago, Seattle, and Washington according to the 2018 U.S. Census.

Honing in on the quality of apartments, the average household size compared to Charlotte is significantly larger. In homes with single residents, South End homes are more than twice the size of the average Charlotte home.  Also, if you’re a pet owner, 36% of residents have a dog and the majority of parks in the area are dog friendly with Frazier Park being off leash,

Here are some additional fun facts about the South End:

The South End has a fascinating history and an exciting future. The area plans to expand and provide more offerings including outdoor music spaces, theater venues, parks and street fairs.  For a more in depth description of the plan for South End, visit historicsouthend.com.